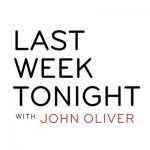 If you haven’t seen John Oliver’s HBO show “Last Week Tonight” I highly recommend it. You might know Oliver as a former “correspondent” on Comedy Central’s “The Daily Show.” On his own show, Oliver has successfully modified the now familiar news satire format by going into greater depth regarding one issue per week. Among the topics covered in the first two seasons of the show are prescription drugs, net neutrality, patents (and patent “trolls”), labor practices in the clothing industry, and most recently… standardized testing.

He starts off with the rallies and cheerleading and videos that schools are resorting to in attempts to cover for numerous problems with the whole testing enterprise. These efforts come off looking rather lame on Oliver’s show, but there’s a serious point, one that I also addressed in a recent blog post:

If students can’t do their best work unless adults hop, skip, strut, twist and shout about the test, we’re doing something quite wrong in assessment, and in our messaging about education.

But the longer format allows Oliver to touch upon most of the major concerns about standardized testing in one show. The tests cause too much stress. Test quality is uneven at best. Students are opting out. Test grading that requires human readers is handled poorly. Scores are misused to label students. Value-added measurement and performance pay don’t work as intended. Test content is overly secretive. Testing is largely about profits for publishing companies, especially Pearson. Testing-as-accountability has failed, and yet the people who implemented it aren’t accountable.

Definitely worth a look!

And if that piques your interest in the show, I would suggest you follow up with this segment about the terribly unjust consequences faced by people living in poverty when they are unable to pay fines for municipal violations.