Every once in a while I like to write a music post, though you wouldn’t guess from the infrequency of the posts how much music is a key part of my journey. Like a filmmaker working on a soundtrack, I try to pick the best music for the mood and situation – and on those rare occasions when I do make a video with music, I obsess about the timing and transitions. 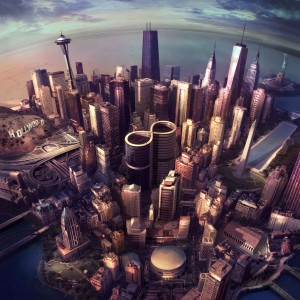 One album in heavy rotation in my home and car this year is Sonic Highways by Foo Fighters. For this album, the band traveled around the country, and recorded each of the eight new songs in a different city, with lyrics inspired by interviews and conversations recorded for the HBO series of the same name. I loved the series, and the combination of music, history, and travelogue it represented. Add to that the fact that I’m engaged in my own travel and writing project this year, and you have the makings of a modest infatuation.

As I returned home from a two-week trip recently, Sonic Highways was the album cranking me through the last hour on the road, and “In the Clear” was the song that ended exactly when I pulled up and turned the key to cut the ignition. This song is the one written and recorded in New Orleans. Enjoy.