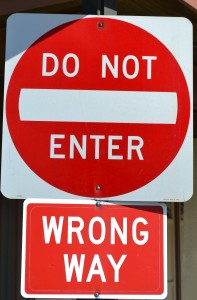 Interesting post from The Answer Sheet today. Valerie Strauss asked both national teachers unions about their positions when it comes to supporting teachers who refuse to administer standardized tests.

Read the post carefully. It does not say that teachers in isolation, or in small clusters, should start their own opt-out actions at schools and then dial up the the national unions expecting help. The statements from the national unions suggest that when teachers gather all of their facts, present sound educational reasoning, and stand together in a school or district, working in concert with their local associations, then the national unions support such actions.

As much as many individual teachers would like to grab this headline and start opting out of everything, I think they should heed these statements and work more deliberately to build consensus at the local level. I also wouldn’t read into this much support at this time for a massive Common Core resistance – though the precedent and the language might be there to push the unions further in that regard. Note however that the model cited here is Garfield HS in Seattle, where the test being boycotted was not a Common Core test. Another recent high-profile example from Florida concerned a test that was not part of Common Core.

I have no particular sympathy for district, state, or federal education leaders who might view these statements as a provocation. The backlash against the misuse of standardized testing is entirely earned. Fetishization of student testing data, the faith-based use of value-added measures for teacher evaluations, and hyper-accountability directed only towards schools and not towards policy makers, have all contributed to the problem. Those who push unwise policies based on unsubstantiated rhetoric have shown a lack of respect and trust towards teachers, and are reaping what they’ve sown.