This post first appeared at EdWeek Teacher on my blog, Capturing the Spark, 2/25/16.

In the ongoing effort to share ideas about what makes schools thrive, I occasionally turn to policy matters, and in California this week, we have a signficant next step in a legal case that has national implications. The Vergara v. California lawsuit was brought against the state by a non-profit organization, Students Matter, which was created by multi-millionaire tech executive David Welch. The group found nine students from low-performing schools to serve as plaintiffs, providing standing for the organization to litigate against the state on the students’ behalf. In other words, the organization was formed and financed in order to bring this case, and the players were named later.

If Students Matter prevails in this and future appeals as they did in the trial court, California will have to rewrite education code provisions relating to teacher job protections, specifically those that pertain to teacher dismissal procedures and due process, the use of seniority in determining layoffs, and the timeline for “permanent status” (more commonly known as “tenure” – both terms are problematic). There are numerous problems with the premise of the lawsuit, but since the lower court has already ruled, I will not focus on those flaws at length, repeating critiques I’ve made elsewhere in the past. To summarize, the plaintiffs’ main shortcoming is not in arguing there are problems with our current education code, but rather, failing to understand or effectively address the root of the problems. 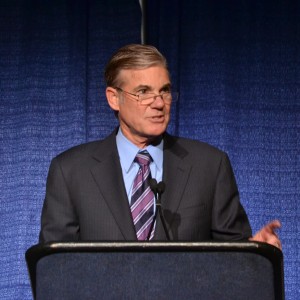 When the verdict was delivered last year, I read the complete ruling from the lower court, and found it wanting. It’s not just that I disagree; reasonable people can look at the same highly complex situation and apply different analyses, reach different conclusions. But the ruling itself has significant flaws. State Superintendent for Public Instruction Tom Torlakson (right) had a blunt reaction: “the court’s ruling is not supported by the facts or the law.”

The most shocking part to me was that Judge Rolf Treu’s ruling on the use of seniority in layoffs relied entirely on his own hypotheticals, citing none of the trial evidence. Elsewhere, he consistently accepted testimony by plaintiffs’ witnesses at face value, while ignoring most defense witnesses entirely. Out-of-state researchers who used out-of-state data were apparently the most persuasive witnesses in a California case. And apparently Harvard economists are highly credible regarding the future of California teacher certification policy, while Treu ignores Linda Darling-Hammond, an actual expert in education, and chair of our state’s commission on teacher credentialing. Since there was no jury in the case, just a single judge rendering a verdict affecting millions of people, I would think it’s reasonable to expect a more detailed ruling that provides deeper insights into the judge’s evaluation of the evidence from both sides. It would be especially helpful because, by employing a strict scrutiny review at the trial’s outset, Judge Treu had effectively tipped the burden of proof, requiring the defense to show the necessity of teacher job protections more than requiring the plaintiffs to show any harm they’d suffered from teacher job protections. So, he essentially demanded more from the defense at trial, and in his ruling, seemed to re-argue the plaintiffs’ case more than scrutinizing the defense in any useful way.

I wouldn’t want to give the impression that my opposition to the plaintiffs’ position reflects an opposition to altering the laws they want struck down. In a prior blog post I’ve written about my interest in seeing improvements in all of the challenged policies. Those improvements, to be truly effective, would need to be negotiated by all sides. No lasting and valuable education reform is going to be implemented against educators’ wishes. We need all stakeholders to work together, and I’ve contributed my efforts to projects suggesting policy improvements that are grounded in the understanding and expertise of teacher leaders. The plaintiffs did have students testify about poor teaching, but never proved that state education code prevented their districts from remediating the situation, never proved that a superior teacher was waiting in the wings. They didn’t have to prove that, under strict scrutiny. The plaintiffs called administrators to testify about what they consider the excess of teacher job protections, but the defense called administrators to testify that the job protections were not excessive. Might the challenges vary by district because districts vary in resources and in organizational culture? Judge Treu offered no insights about why testimony from some districts carried more weight than testimony from others.

Teacher-led efforts will be most likely to spark innovation and sustain improvement in schools. I understand why it seems counter-intuitive that stability and continuity bring about positive change, but I’ve seen in it firsthand in districts like ABC Unified, San Juan Unified, and Poway Unified. Job protections and strong unions can be integral to creating an environment that’s open to innovation in professional development, teacher leadership, evaluation, and the creation of unique career ladders or lattices.

If Students Matter were to bring a lawsuit that would genuinely address the greatest needs of California’s students, focusing on the serious systemic inequities in our state, I’d be all for it. (In fact, such a lawsuit is already in our courts). We have a decaying infrastructure, over-crowded classrooms, and a lack of librarians, counselors, and nurses. We underpay teachers, especially new teachers, and especially in the most challenged districts – and then we can’t recruit enough new teachers to fill California’s needs. These inequities disproportionately hurt students in poverty and non-white students. We should do something! But the main way that students matter to Students Matter is as a means to gut education labor policies through litigation since they can’t convince the legislature to do it.

I was proud to sign on one of the amicus briefs filed by the defense in the Vergara appeal last fall. The oral arguments [took] place February 25 in Los Angeles. If the plaintiffs prevail throughout the appeals process and achieve their goals, they speculate that schools will improve. Their theory of change is that weakening teacher job protections by judicial fiat will improve schools. Many states have already decreased or removed the teacher job protections in question, so I suppose we can see the proof of concept somewhere, right? A state where it’s easy to fire bad teachers, so there aren’t bad teachers, but there are plenty of folks trying to get into teaching, and the students are learning more, even in high-poverty schools that serve mostly students of color?

If the plaintiffs are on the losing end of the appeal, we can expect to hear much lamentation about defenders of the status quo, children left behind, the intansigience of the unions, and other familiar talking points. Wouldn’t it be nice if we could also depend on them to join in the heavy lifting of helping students and teachers with the much more consequential problems that we face? Or do students primarily matter when the goal is to fire more teachers, more quickly?