This blog post originally appeared in my EdWeek blog “Road Trips in Education” on July 24, 2015.

In preparation for my first visit to the Caribbean, I tried to brush up on the history of places I’d visit, and gain some understanding of their contemporary cultures and societies. In Puerto Rico, my family’s itinerary balanced some outdoor adventure with museums and strolls through Old San Juan. For Jamaica, we were staying with extended family at a beach resort, but enjoyed passing through some smaller towns and spending some time floating down the Great River. When the resort offered ways to learn more about Jamaican culture through culinary, visual, and performing arts, we tried to take advantage of those opportunities. One of those experiences turned into a broader lesson about life and learning, a reminder of how hard it is to turn off expectations and simply be open to what you find. The lesson began at the moment I changed my mind about walking out of a performance by a steel drum band.

As someone who loves travel and music, I was eager to enjoy the musical offerings during our time in Jamaica. The first performance we saw was, as you might expect, a reggae band. I hoped that the performers would dig a bit deeper than playing Bob Marley songs for the benefit of mostly white, mostly American tourists. I wanted to hear something new. Unsurprisingly, we heard Marley’s “Three Little Birds” and “Stir It Up” – but after that, it was a steady diet of American pop music played in a reggae style. I was disappointed, but figured I couldn’t expect a really authentic Jamaican musical experience in a family-oriented vacation resort.

The next musical performance on the schedule was a steel drum band. I loved the idea, and imagined three or four musicians playing melodic, mid-tempo tunes that would evoke the Carribbean’s white sand beaches, warm water and gentle breezes, hammocks hung between palm trees, tall piña coladas in curvy glasses.

On the stage, there were instruments for about a dozen musicians, including a full drum kit you’d expect to see for a rock, jazz, funk or blues show. The band came out in matching white and blue outfits, young men and women, none of whom looked older than their early twenties. I recognized the opening tune at once: “Bridge Over Troubled Water.” Hmmm. Okay. An interesting interpretation, but Simon & Garfunkel wasn’t really what I’d had in mind. The next song was a Marvin Gaye cover. Then it was the Black Eyed Peas. The band was clearly talented, and produced some serious volume with so many players, but they created none of the mellow, Carribbean vibe I’d been hoping for. I looked at my wife as the fourth song started, and said, “Wanna go?” She nodded, but since the song had started, we stayed put, waiting to leave in between songs. 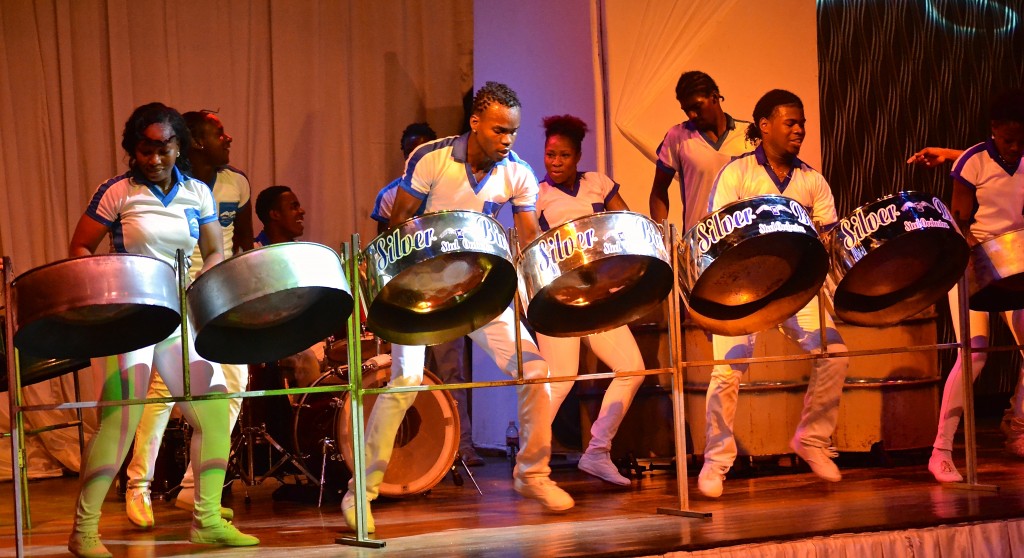 This time, it was “Rolling in the Deep,” by Adele. The band started mixing in more choreography as they played, taking advantage of the crescendo and decrescendo in the song. The steel drums turned out to be well suited to dancing and playing, as the musicians are standing, but only holding small mallets. The moves grew more complex and energetic, and the players began jumping side to side, synchornizing their movements to play the next drum over, without missing a note or a beat.

I was suddenly really into it. When the song ended, I looked to my wife again, with raised eyebrows and a few nods indicating my renewed interest in staying to hear more. And while the rest of the musical selections were similarly drawn from the pop charts, our enjoyment of the music and the dancing kept growing. Near the end of the performance, the band moved most of the drums aside and four dancers took turns or sometimes shared center stage in a freestyling, break dancing performance that seemed to impress not only the audience but also the rest of the band. At the end of the show, I was on my feet applauding.

The simple outline of this story is that I wasn’t enjoying the performance at first, but warmed up to it gradually. But there’s something deeper that has stuck with me for an entire week since the show, an important cultural dimension to the experience, with educational ramifications.

For almost five years, Chimamanda Adichie’s TED Talk, “The Danger of a Single Story,” has been one of my touchstone lessons, personally and in the classroom. A Nigerian novelist and essayist, Adichie begins her talk with a simple and uncontroversial premise, that stereotypes and oversimplifications arise when a dominant narrative exists without contrasting narratives or personal experiences to complicate thinking. The danger of that single story lies in the power imbalances that it can perpetuate, the ways that it prevents understanding and impedes empathy. Adichie recalls a college roommate in the U.S. who “had felt sorry for me even before she saw me. Her default position toward me, as an African, was a kind of patronizing, well-meaning pity,” and later tells of a writing professor who criticized her writing for its lack of “African authenticity.” On a broader level, the single story can be a tool of oppression and dispossession.

But being on the receiving end of a false narrative offers no immunity from internalizing the “single story” of other people. After years in the U.S., Adichie visited Mexico and found herself surprised by the robust and complex lives of the people she encountered. “I realized that I had been so immersed in the media coverage of Mexicans that they had become one thing in my mind, the abject immigrant. I had bought into the single story of Mexicans and I could not have been more ashamed of myself.” 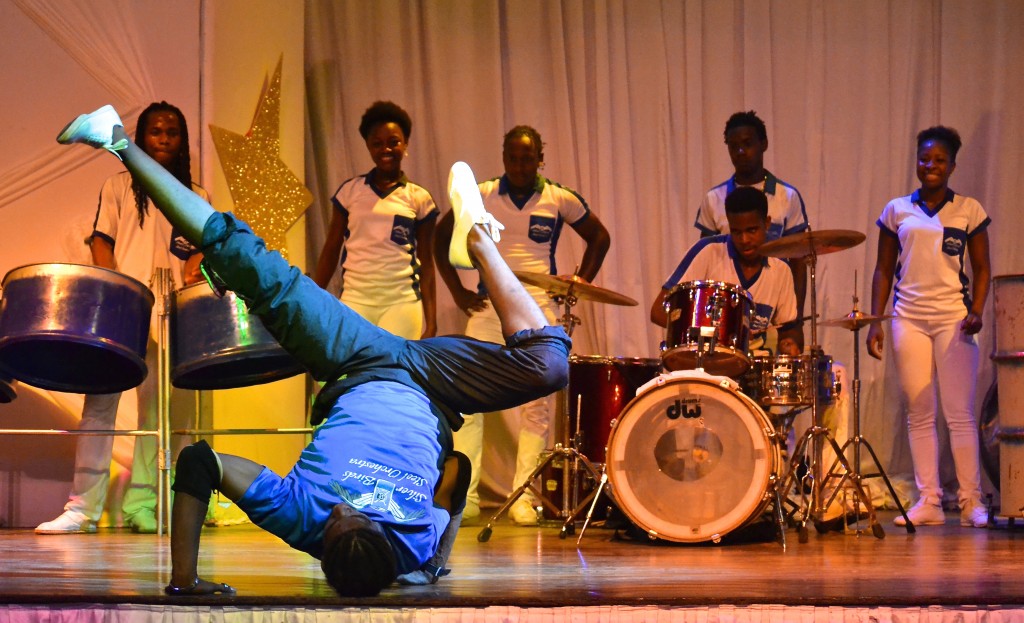 Though I had tried to avoid the single story of Jamaica, or Caribbean music more specifically, I failed too in this moment. I came to the concert wanting the musicians to perform my idea of their culture. That idea came from… I don’t even know where. Movies? Television? And when did it come from? I don’t know that either; my idea of Carribbean steel drum music may be rather outdated. But like Adichie’s professor, I started out with an expectation of what was “authentic” – in a culture not my own.

So as it turns out, Silver Birds Steel Orchestra may have been the cultural highlight of my trip, not because it was important to hear Katy Perry or Pharrell Williams songs arranged for steel drums, but because I needed a reminder to get over my preconceptions of what constitutes “our” culture and “their” culture, and the extent to which they do or don’t overlap. And if I could have had any lingering doubt about whether or not the Silver Birds are “authentic” Jamaican music, it was dispelled when I saw in this video how their music was received by high school students during a Jamaica National Day performance.

When it comes to education, we also deal with cultural assumptions and the danger of a single story. When we discuss, observe, or evaluate teaching and schools, how open are we to embracing something different or surprising if it runs contrary to our own assumptions? What does it take to usher in change? Are we intent on re-creating the educational settings and experiences that are familiar to us, or ready to try something new? When dealing with students or colleagues with different cultural backgrounds, are we trying to learn, and learning to appreciate differences – or missing out on something meaningful and valuable by holding on to the narrow lens of a single story?

If I were the reader instead of the author of this post, and if I’d read it more than a week ago, I might have been a bit smug, thinking I know better than to make such mistakes. Now, I have a feeling this lesson is one I’ll have to revisit repeatedly. Hopefully.