I just wrote a long post for my EdWeek blog about National School Choice Week. There were a few tangential items I wanted to address that didn’t fit into that post. I already posted a short piece wondering why Meg Whitman never seems to attend board meetings for the charter school organization she supposedly helps direct. In this piece, I look at the contortions that ensue when an advocate of choice and competition concedes that sometimes the competition is unfair.

Writing at the Fordham Institute blog, Michael Petrilli recently acknowledged the difficulties of comparing schools with different policies and rules:

Can we all acknowledge that school choice creates selection bias problems for evaluators that are virtually impossible to overcome completely? Yes, randomized studies can follow students who win lotteries into charter schools and compare them to otherwise-similar students who don’t. But such studies are difficult to implement, especially in places where kids tend to move around a lot. The more mundane accountability systems in the real world of states and cities are not capable of knowing precisely whether high (or low) achievement is due to a school’s program or something about the students it attracts. Growth models deal with this problem better than proficiency-based ones do, and those that can isolate the growth of students who have been with the school since its earliest grade would be even better. But even then, it would be silly to argue that students in schools of choice are exactly the same as kids who stay in their neighborhood schools. 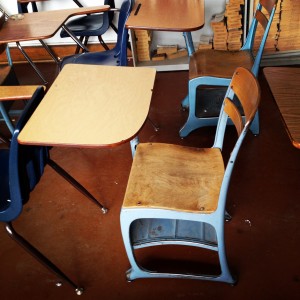 Ultimately, Petrilli wants charter and magnet schools to have more autonomy in setting rules about whether or not to “backfill” when capacity allows – in other words, they shouldn’t be forced to accept students in later grades as spaces open up due to attrition. Mixing new students into an established school culture may undermine the program. Recognizing that such policies would allow some schools a competitive advantage in claims about their efficacy, Petrilli has an odd suggestion, considering he writes for a conservative think tank: he proposes that charters not use their competitive advantages.

So here’s a proposal: Eva Moskowitz [CEO of the Success Academies charter network] should stop using proficiency rates to argue that her (backfill-free) schools are better than other charter schools, like Democracy Prep. And Democracy Prep should stop using growth scores to argue that its schools are better than district schools. And everyone should get out of everyone else’s business. Deal? Now, let’s get back to doing the work of educating children.

I thought that was a striking response to the issue for a few reasons, and commented on Petrilli’s blog:

Isn’t it rather against the grain of free speech and competition to suggest that these charters should be limited in what they say in order to compete? And if you’re suggesting that the public should just back off and let charters make their own decisions in these matters, then how public are these supposedly public schools? But of course, charters aren’t really public schools anyways. They use public money to serve the public, but from the point of view of various courts and the National Labor Relations Board, the charter organizations themselves aren’t public.

It’s also worth noting that Petrilli’s laissez-faire approach to charter school management and governance comes at a time when even charter school advocates are taking stock of the rash of scandal, fraud, and malfeasance at charter schools, and conceding a need to increase oversight.