Here’s a quick review of why I think Vergara et. al. v. California is a deeply flawed lawsuit and should be rejected at trial (beginning today).  I’ve written about the case before, based on a presentation by the plaintiffs at the Stanford Law School. That prior post had a bit more in the way of citations and links, so if you want to go deeper into the case, give it a read. 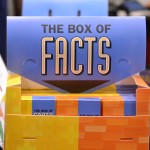 1. Plaintiffs misunderstand the challenges facing California public schools. Our state’s spending on education is dismal – nearly the worst in the nation. Our students have disturbingly little access to nurses, libraries, librarians, and counselors, and our student-to-staff ratios are also rather high for both teaching and administrative staff. The measures used to argue school failure are also more apt to show the effects of poverty and language acquisition – and we are a state with high percentages of children living in poverty, and learning English as a new language. Even a key witness for the plaintiffs, Erik Hanushek, is among a group of researchers who have demonstrated that school and teacher effects are relatively small (15-20%) when analyzing test performance. If there are problems in California public schools that rise to the level requiring a constitutional challenge, those problems are not caused by ed. code provisions relating to teacher hiring, layoffs, and employment status.

2. Plaintiffs rely inappropriately on standardized tests to identify problem schools and supposedly inferior teachers. Wealth is the number one predictor of relative performance on standardized tests. Here and around the world. Period. See the graph in this recent article for the latest example, taken from the PISA test. The use of test scores and value-added measures in school personnel decisions is not supported by any research. The research that the plaintiffs cite – conducted by economists and not experts in education or psychometrics – does not suggest that patterns and relationships observed in huge data sets can be reliably or usefully applied to individuals in high stakes HR decisions. Though, I keep hoping to see a VAM proponent cross-examined someday. I’ve already written how I think that should go.

3. Plaintiffs emphasize variability among districts as the reason to litigate, but that variability shows that state level remedies are unnecessary. Because some districts are supposedly burdened with too many ineffective teachers, plaintiffs want ed. code changed statewide. However, it’s self-evident that, working under the same state law, some districts are better managed and therefore less burdened, if burdened at all, by ed. code. The plaintiffs may have the misfortune of attending districts that lack the administrative savvy or resources to manage as well as others do, which is hardly an argument suggesting that the law is the problem.

4. Plaintiffs actually seek to make California more like the lowest performing states in the nation. If the ed. code provisions in question are the source of our problems, why are  states with similar provisions, and strong unions, clustered in the upper end of the performance spectrum, while states without those protections, and weaker unions, are clustered among the lowest performing states? The top performing international educational systems are also heavily unionized. (In Finland, administrators and teachers belong to the same union).

5. Plaintiffs misunderstand the workplace. They hope that eliminating seniority as a consideration in layoffs will improve schools, ignoring how it will destabilize schools and set off internal competition among teachers in areas that anticipate declining enrollment or significant budget cuts leading to layoffs. Such competition would be bad for teaching and for students. Schools and other complex professional organizations thrive on collaboration, cooperation, and stability.

6. Plaintiffs misunderstand the work force. To the extent that stronger schools have stronger teachers, it’s a function of pay and work environment. I work at a high-paying school, well-resourced, and quite stable. Most of the teachers we hire are experienced teachers moving from lower performing districts that paid less (sometimes, far less), and that couldn’t provide the overall quality workplace. Changing the procedures for firing or laying off teachers is not going to address the reasons that good teachers generally leave those schools, nor will teachers who are more competitive in the job market be drawn to struggling schools in any case.

7. Plaintiffs cherry pick the facts about “getting rid of bad teachers.”  First of all, schools and districts can and do fire teachers “without cause” who have not yet attained “permanent status” (commonly but erroneously labeled “tenure) – which accords the due process that plaintiffs claim is so onerous. Secondly, plaintiffs focus on how difficult it is to fire teachers who contest their dismissal, without acknowledging that those procedures sometimes prevent wrongful dismissals that administrators should not have pursued. However, they do not talk about the number of “bad” teachers who decide to leave of their own accord, either due to dissatisfaction with the job or unwillingness to go through a protracted process of remediation and re-evaluation. And, as previously noted, there are districts that are more effective in dealing with struggling teachers and then firing them if necessary – though the plaintiffs want little to do with that inconvenient fact since it reveals the local factors determine the severity of the problems, rather than ed. code.

8. Plaintiffs are indifferent to the likely negative effects on schools should their lawsuit succeed. My characterization of their indifference is based on the presentation I saw last summer (see my other post on the case). Despite the total lack of teaching and administrative experience on their team, they’re utterly confident in their approach and seem to feel that if they are right on the limited scope of their legal claims, nothing else matters. In fact, the loss of job protections for teachers will likely take us backwards in public education. Discriminatory practices of all sorts will be easier to conceal when dismissal procedures require less effort and evidence. Teachers will have to think twice about political or union activism, the exercise of academic freedom, and challenging school policies that are bad for teaching or learning. Pressure will mount to inflate the grades and minimize disciplinary interventions for children of powerful or influential adults.

Am I speculating on this last point? Sure – but not about the existence of those problems. It’s just a matter of history potentially repeating itself. Or, a matter of problems currently more prevalent in other states becoming increasingly common here. I’m only speculating in the sense that I expect – but can’t prove – that making California laws closer to those of weak union states will make our work conditions more like those states. But I much prefer my kind of speculation over that of Students Matter. Their lawsuit speculates about the nature of the problems in schools, the causes, the solutions, and the theoretical benefits of those supposed solutions.

I do believe some of the HR policies in question could be streamlined or modernized – and expect to see that kind of debate held in public among our representatives, and negotiated among stakeholders. We’ve even had an InterACT blog post that favored the reform seniority regulations in LAUSD). But instead of open debate, we have a court case few Californians will follow closely, with a set of typical “edreform” aims chosen by wealthy business people and attorneys, who have appointed themselves to litigate on matters they misunderstand or obfuscate. It’s sad that so much time and energy will go into this case, and its likely appeals regardless of the outcome. While the result of the trial is in question, I’m quite sure that this whole process won’t help a single student. If the plaintiffs fail in court, then nothing has changed, and if they prevail, there’s no evidence to suggest that weakening teachers’ positions will help their students.

One thought on “Eight Flaws of the Vergara Lawsuit”