Someone shared with me a recent column in the Wall Street Journal, and I think I’m supposed to be worried that radical Marxist racialist unions are cramming critical race theory down the throats of America’s teachers and students, and if we let them continue, it will ruin America – because the kids and teachers won’t tolerate racism?

This James Freeman column, and the accompanying/embedded column by Ramona Bessinger, together offer a variation on a recipe we’ve seen before: complex issues diced into bite-sized drama, seasoned liberally with ad hominem attacks, boiled down so it’s easy to digest (without having to chew on any actual information), and served with a garnish of victimhood.

“This column has been hoping that the mostly liberal teachers who stand at the front of America’s classrooms will be roused to declare—loudly— that they are not Marxists or racialists and do not endorse the fact-challenged radicalism now being promoted by their union leadership.”

Yeah, and I’ve been waiting for Wall Street Journal columnists to declare loudly that they don’t actually believe non-white Americans deserve to be a permanent underclass who have only themselves to blame for any perceived discrimination. Sarcasm aside, my point is that none of us go around proclaiming that we’re not actually what our political rivals paint us as. You don’t validate the caricature by responding on their terms. (And for the record, union leaders do not take positions without the union having directed the leadership. I’m not able to say if it’s ignorance or willful misrepresentation by Freeman, but it’s common for union critics to try to separate the leadership from the membership, and such arguments should be viewed skeptically. Of course there are areas of disagreement among members, so a leader doesn’t speak for all members).

Freeman is disappointed that NEA voted to “‘oppose attempts to ban critical race theory and/or The 1619 Project’ despite the significant errors in the project identified by historians across the political spectrum.”

Exactly as they should have! Because in America, we don’t want politicians to BAN entire branches of scholarship from discussion in scholastic institutions! Curriculum should be evaluated by the educators, and let the evaluation include claims of errors and bias. I’m a proud NEA member and grateful to be part of the largest union in the nation when it means they have my back if a state or local governing body veers into the kind of jingoistic thought-control we’re seeing in much of the country right now. The NEA position makes reference to the Zinn Education Project, so Freeman dismisses Zinn as a Marxist – which wouldn’t actually make Zinn or the work of the Zinn Education Project factually incorrect either. I’m not here to debate Zinn, but rather to point out that James Freeman wants to win a debate before it starts simply through name-calling. 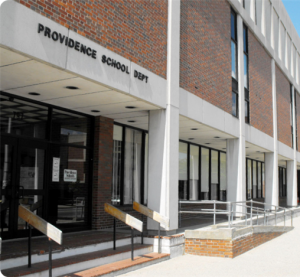 As for Ms. Bessinger, a Providence (RI) English teacher, she’s confronting “one of the most racially divisive, hateful, and in large part, historically inaccurate curriculums I have ever seen.”

No titles? No authors? No publishers? How is it inaccurate? In her original post (rather than what’s excerpted by Freeman) she writes that the new curriculum has no “world genocide, world art, universal themes, universal characters and any book or short story from the literary cannon [sic].” You know what else is missing? Any actual information! So we can’t debate or dispute her assessment. Bessinger does make a vague reference to some low-quality “booklets.” They sound awful. Maybe they are. It’s entirely unclear what their quality has to do with the validity of CRT – if that’s even what’s involved here. Bessinger sounds pretty sure, though:

“I am speaking about the controversial critical race theory that has infiltrated our public schools here in Rhode Island under the umbrella of Cuturally [sic] Responsive learning and teaching, which includes a focus on identities. You won’t see the words ‘critical race theory”’ on the materials, but those are the concepts taught.”

I’m not an expert in either Critical Race Theory or Culturally Responsive Teaching, but I know enough not to throw them together casually because they are quite different. (It is perhaps unfortunate for this discussion that they share the CRT acronym). But I don’t trust Ms. Bessinger to know the differences and similarities between CRT and CRT – since she actually doesn’t specify any elements of either. All she says is that it has to do with “identities.” She seems more inclined to conflate concepts for inflammatory effect, rather than share information for critical discussion/analysis.

[The new curriculum] “created racial tensions among students and staff where none existed before.”

And I especially don’t trust a white teacher’s declaration that no racial tensions existed in Providence schools before this curriculum came along. Maybe Bessinger had the comfort (dare I say, privilege?) of not having to know about it or discuss it. If any of you are familiar with Providence, you can add to or correct my info, but it comes up in my reading of news and education policy as a city and school system with longstanding (and not unique) issues of segregation and inequity. Her district’s student demographics: 68% Latinx, 15% Black, 6.5% White, 4% Asian, 5.5% Multi-racial and 1% Native American — and 80% of the teachers are white. I’m sorry, but “none existed before” is another example of either ignorance or willful misrepresentation – it has to be one or the other, and either should cast doubt on her entire narrative.

Bessinger goes on to decry the lack of Holocaust education and quotes one (1!) anonymous colleague saying it won’t be taught because kids “can’t relate” to it.” Sorry, that’s not enough information for me to conclude anything. Having been involved in public education since the 1990s, I expect that the decision likely involved many people at many levels, multiple stakeholder groups, many meetings. We have no information about what process was used, and where in the broader K-12 curriculum there might be Holocaust education, even if it’s not in Ms. Bessinger’s middle school English class. Does she have that information herself? If so, why isn’t it included? If not, why does she proceed in this manner without it, opening the door for unsupported inferences? Hmmm… Now, I could stop there, and let you infer something I didn’t have to say, but then I’d be doing what Bessinger did. I’ll be explicit. She wants readers to infer (again, without support), that CRT is antisemitic.

“for some students, standing for The Pledge of Allegiance was no longer something they did. We are not allowed to question why, and the truth is, I knew why. Already these young people were beginning to hate America. I was the only person standing and the only person that could be heard saying ‘liberty and justice for all.'”

“We are not allowed to question why” is a rhetorical trick, making it sound like well-meaning teachers are being muzzled by the CRT-loving administration. Try reading the situation as “Due to the First Amendment, teachers as public employees are not allowed to interrogate kids about their expressions of belief” – and it doesn’t sound as sinister. I’m proud of those kids. I wish I’d had the courage to stay seated or silent. I do love the USA, but I’ve never felt comfortable with compelled group expressions of allegiance. It’s a kind of indoctrination as much as any other. And “under God” was a political addition to the Pledge during the Cold War. As a Jew, I often feel uncomfortable when religion enters into a patriotic/nationalistic exercise, because I know “God” in these contexts almost always means the Father of Jesus, a religious view that excludes me. And we should certainly understand why anyone would find it a challenge to consistently and confidently recite the words “liberty and justice for all” with reference to our Republic. Maybe some future republic. We don’t live there yet.

And finally, Bessinger casts herself as the victim.

These students, whom I love, were turning against me because of my skin color.

She has good intentions, she has love in her heart, so… if they don’t like her, it must be because she’s white. It couldn’t be that they accurately perceive her as someone who views children of color with… disappointment if they don’t want to recite the Pledge properly, the kind of teacher who not only thinks but broadcasts we never had any racial tensions in Providence schools until Joe Biden critical race theory took over our curriculum!

So, like almost everyone else deriding critical race theory these days, Freeman and Bessinger load our plates with lots of drama and very little actual information, and some conservatives will just eat it up. And I’ll concede a point: it’s possible that the new curriculum in Providence will be inferior to the old curriculum. But from this flawed account, it’s not possible to reach any reasoned conclusion that critical race theory is even involved, let alone the threat that these authors and many GOP legislators want us to perceive. As long as they can paint themselves and their supporters as the victims, and their censorship as legitimate protection, they’ve provided reasons for the aggrieved to vote for (and donate to) the GOP.

Don’t fall for it.